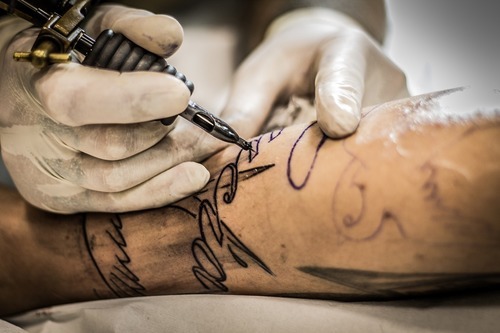 Body art has been around since prehistoric times. And this is evidenced by the fact that tattoos have been found on mummies dating from 3300 BC. With men and women using tattoos for personal, cultural, religious, and pleasure, this form of art is here to stay. Like other art types such as fine art, body art continues to undergo continuous metamorphosis in terms of methods and styles used. Part of these developments are aimed at safeguarding the skin’s health, with products such as Verso Skincare taking the center stage. Tatoo artists have been gaining considerable recognition in recent years. That said, here are some talented artists who have managed to be a landmark in tattooing history.

Born in Brighton, England, George Burchett’s works earned home the title ”King of Tattoo Artists.” Records show that this legendary artist started tattooing his schoolmates when he was barely 12 years, which made him expelled. His experiences in the navy and apprentice under English tattooist further helped him to horn his craft. Burchett’s work helped him travel the world, tattooing royalties, such as King George V and King Alphonso XIII.

Norman Jerry Collins is a popular American artist who spent most of his life touring the world. His travel exploits around the seas earned him the name “Sailor.” He learned his craft from renowned tattooists such as “Big Mike” from Alaska and Tatts Thomas from Chicago. He later joined the US Navy at the age of 19 and sailed for the remainder of his life. His love for art made him tattoo anyone who offered him skin. To date, Jerry’s tattoo symbols include snakes, eagles, bottles of booze, and the infamous ”Aloha” monkey.

Filip Leu was a French tattoo artist who started practicing this art when he was barely 11 years and later became a full-time artist by 15. When Leu was 17, he attended a tattoo educational tour to study various tattoo styles, further improving his repertoire. He was best known for his trademark Japanese inspired back pieces and bodysuits. Together with Paul Booth, they are known for creating the Art Fusion Experience, a dedicated avenue that allowed tattoo artists to create magnificent pieces of art together.

« Escher: The Representation of Impossible Landscapes Exhibiting Art in the Digital Age »