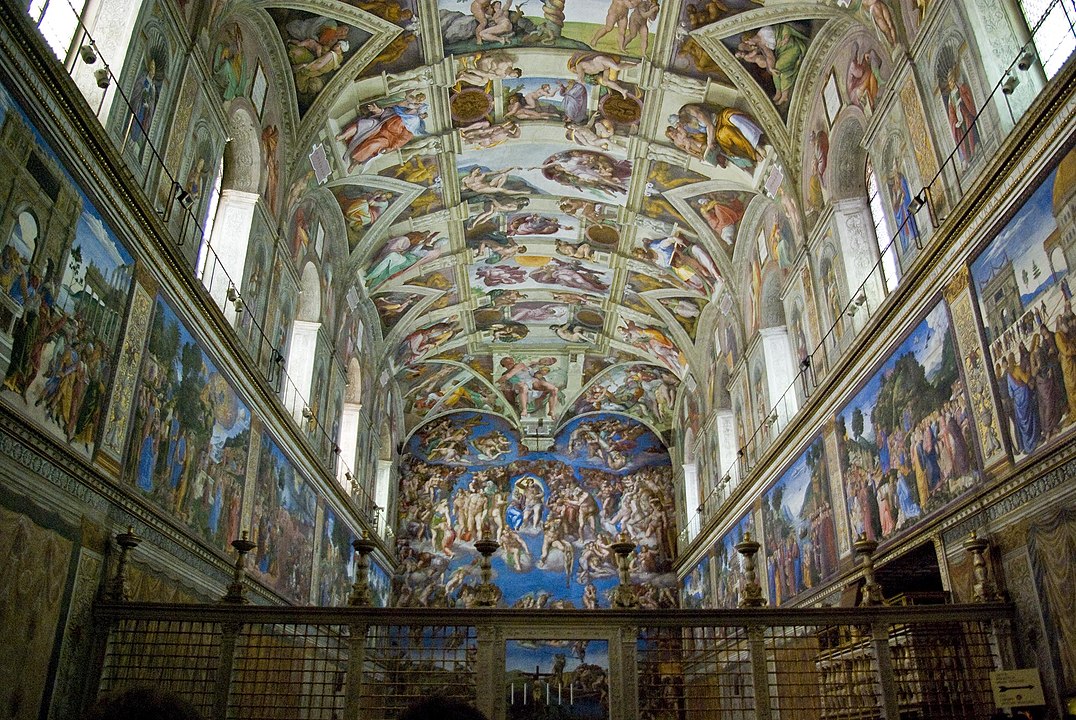 Possibly the most well-known piece of art in the world, the Sistine Chapel ceiling was painted by Michelangelo over a four year period between 1508 and 1512. The work is considered to be a cornerstone of High Renaissance art, for both its scale and subject matter. The Sistine Chapel was built between 1477 and 1480 by Pope Sixtus IV, after whom the chapel was named. The painting itself was commissioned by Pope Julius II. Aside from the painting on the ceiling, the chapel is home to the papal conclaves and a number of important services.

The ceiling can be taken as both a collection of smaller works of art and as an entire piece in its own right, particularly as certain elements of the ceiling are better known than other parts. Aside from the ceiling, the fresco The Last Judgment is painted on the chapel’s sanctuary wall, also painted by Michelangelo. There are a number of paintings on the other walls of the chapel that were commissioned during the late 15th century by artists such as Domenico Ghirlandaio, Pietro Perugino, and Sandro Botticelli, amongst others. There are also a number of large tapestries by Raphael hanging in the chapel, all of which illustrate much of the doctrine of the Catholic Church.

The central theme of the cei 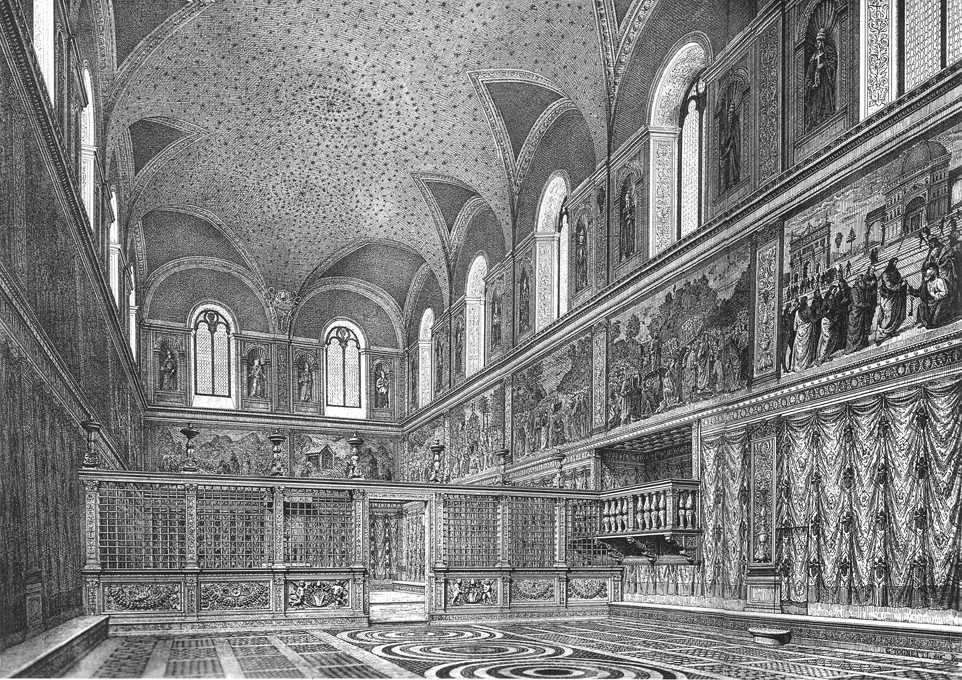 ling are the stories from the Book of Genesis.

There are nine scenes in total with the best known being The Creation of Adam, it’s popularity only being rivaled by Leonardo da Vinci’s Mona Lisa. The hands of God and Adam have become a part of popular culture and are reproduced in a large number of either direct copies or close imitations.

The complicated design of the ceiling contains a number of figures, both clothed and naked, which allowed Michelangelo to demonstrate his skill in representing a wide range of human poses. His skill was highly influential on future artists, particularly his attention to detail of the human form.

Painting the ceiling was a technical challenge for Michelangelo, who had to design his own specialized scaffold in order to paint. Unlike how the painting may be performed today, the scaffold was a flat wooden platform that was hung from holes in the wall near the top of the windows. It has been speculated that this method was developed in order to save money from purchasing timber as a scaffold built from the floor upwards would have been far more costly. The painting was done in stages, allowing the scaffold to be moved along when one section of the ceiling was complete. It is a common myth that Michelangelo painted the ceiling whilst lying on his back, however, the truth is that he painted standing up, with great discomfort.